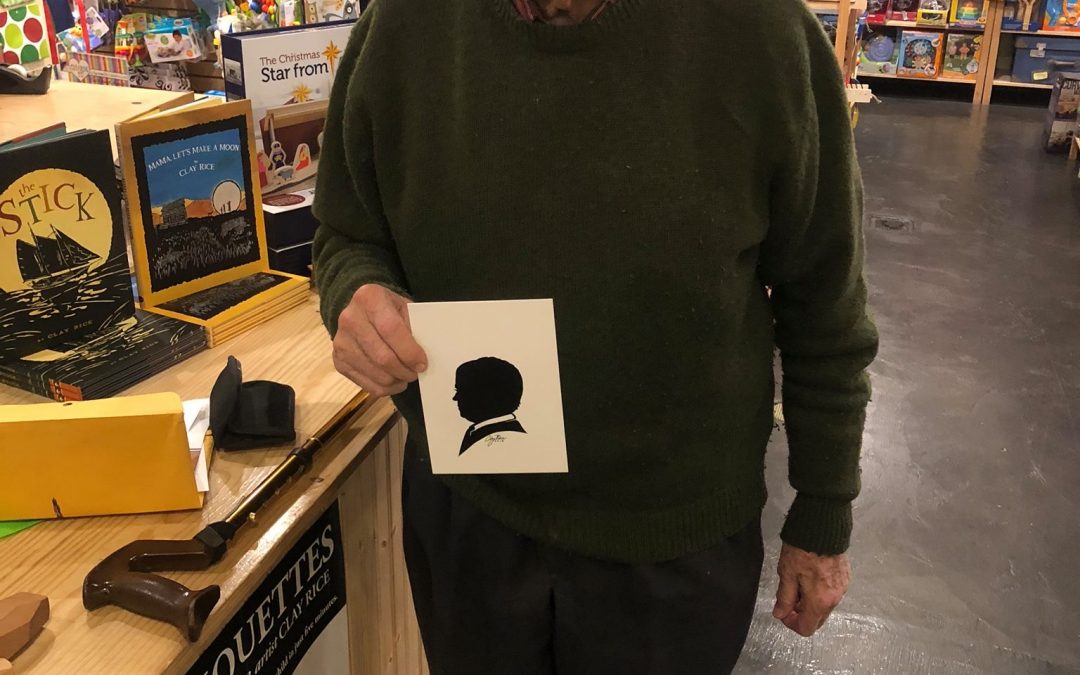 I’ve often wondered why most people these days are inclined to think that silhouettes should only be for children. When my grandfather was a professional silhouette artist back in the 1930’s through the 1970’s, he did more adult’s silhouettes than children. Somewhere along the way that changed, as evidenced by the huge demand for children’s silhouettes that are so prevalent today. I think at least some of the answer may lie in the popularity of the department stores sponsoring silhouette artists starting back in the 1940’s, advertising having your children’s silhouettes cut for Mother’s Day promotions. This most likely expanded into every holiday promotion, including Valentine’s Day, Father’s Day, and Christmas, as the events directors capitalized on the huge draw that a good silhouette artist can bring to a retail store.

For whatever reason, today’s silhouettes are almost exclusively made of the little ones, with most parents having no thought of their own profiles being cut.

The funny thing is, when one grown up has it done, usually several more behind them line up to have it done. It’s the “you first” syndrome.

Several years ago, my publisher flew me out to Salt Lake City to cut silhouettes at the Familius booth for a Genealogy convention. Christopher, being the salesman that he is, gently persuaded the first couple of adults to have their silhouettes cut to put in to my children’s books, signed to their grandchildren. Before we knew it we had a 100 ft line, and many other exhibitors left their booths to come over and see what all the commotion was about!

This happens almost every time an adult has a silhouette done, and they leave very happy that they decided to do it.

So come on mom, dad, and grandparents! Time to sit for one minute to have a special picture that will be in the family for generations to come!