Silhouettes of a Lowcountry Christmas Past 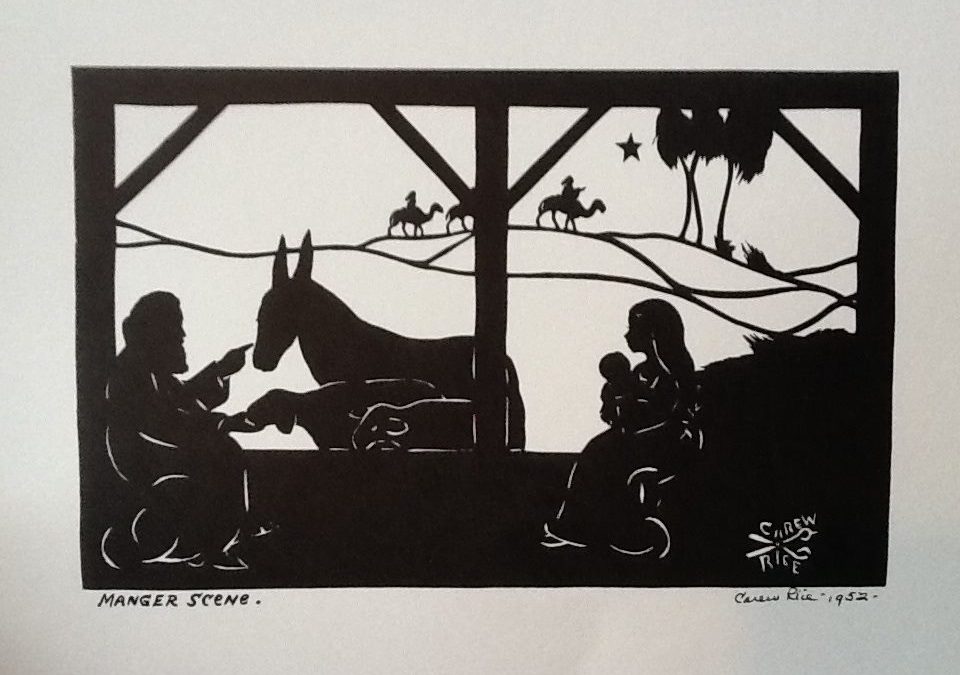 When granddaddy was finished with his fall silhouette cutting season, usually just a couple of days before Christmas, he would return to his farm in the South Carolina Lowcountry. He always went hunting to put a turkey or some venison on the table for Christmas. He lived simply in the ramshackle old house that he grew up in that was built by his father, and not many things excited him more than seeing his grandchildren. Not having a lot of money to buy gifts, he usually passed out silhouettes to the children, giving each one a small, velvety, matte finished silhouette of whatever he dreamed up.

I remember as a child, gazing at the silhouette that he handed me of two deer, a buck and a doe, peering from their hiding place in the tall grass, moss swaying overhead in the winter wind. We would sit at the rough, wooden kitchen table as he told stories and cut silhouettes. Sometimes he saddled up his banjo and played his homemade ditties. If we left the room, he kept on playing until the next one showed up to listen. When dinner was finished, I would walk with him to the duck pond to check the boxes he had made for the wood ducks to build their nests in. Sometimes hidden deer would erupt from the brush, exploding into high-tailed flight, the bouncing white flash disappearing like a winter ghost into the forest. I remember those days like yesterday. The rustling of dried leaves along the path, the croak of a great blue heron, and the screech of the bald eagle, whose nest, 5 feet in diameter, lay nestled in the gnarly tall pine tree, high in the chilly air, just past the pond.

These are my memories of a Lowcountry Christmas.